Powerhouse Museum: barely an echo of something it once was

When I was younger, I used to love the Powerhouse Museum in Sydney. It wasn’t the only museum I loved, but because of how much science and technology that had been forced into one space, I found it a brilliant place to go.

While trips to the Powerhouse weren’t as frequent as I’d have liked – I was under the age of ten, so I couldn’t just clap my hands and materialise at 500 Harris St – the trips were remembered fondly.

A few years ago, I went again. I can’t remember how long it had been since I had entered the Powerhouse and taken a good stroll around the museum I once loved.

Oh sure, I had been to events there – a Canon launch, a Wacom tablet launch, some sort of rug exhibition where I managed to annoy rug connoisseurs  thanks to my use of the word “carpet” – but I hadn’t taken a good long walk, a wonderful ponder at the museum I fell in love with as a boy.

So in 2009, I went. And it wasn’t great: exhibits were noticeably in a state of disrepair, the place was empty, and generally the Powerhouse Museum didn’t feel like this wonderful place I had recalled.

I left thinking that they – the people running the museum – were probably aware of these issues and that they’d attend to them. Eventually.

It’s now 2012, and after today’s trip, I recognise that the Powerhouse Museum is barely an echo of what it once was.

With kids lining up en masse to see the Harry Potter exhibition, the rest of the museum is falling apart, with exhibits no longer working, offering blank space, and a general feeling that the people running the museum have given up.

Take the computer exhibition, once one of my favourite areas and now just a few glass cabinets, some lucky enough to still have the gadgets and antiques inside. 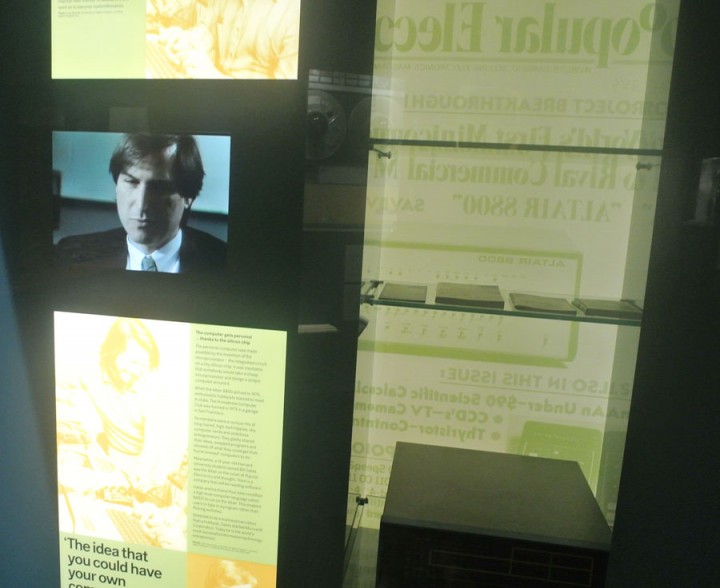 I seem to recall that in the space where Steve Jobs, Bill Gates, and Steve Wozniak sit, there should’ve been an Apple I computer. And yet now, the lights are off, nobody is home, but the video still plays as if it carries the same meaning.

Except it’s not there now.

One of the old computers even has plastic wrap covering it while being behind a glass cabinet. 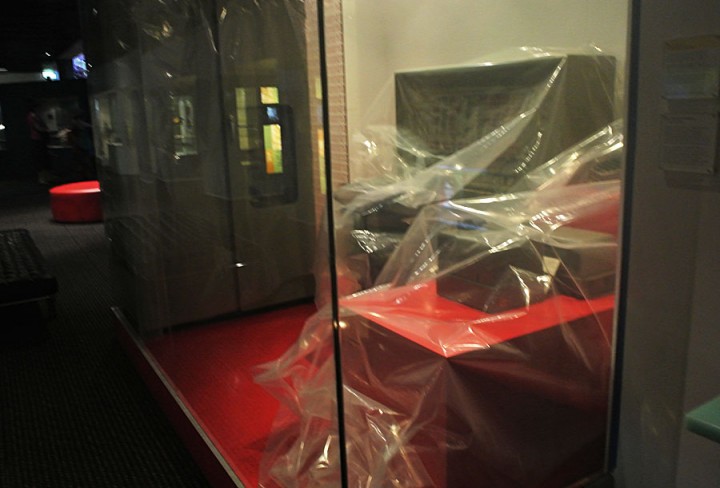 What the hell is the plastic doing covering the computer when there’s a giant piece of glass doing its job perfectly well? I can’t even see the computer underneath it.

Then there’s the interactivity that this section once held.

Some computer exhibits still function with their archaic software, while others look like they’ve been ripped apart limb from limb. 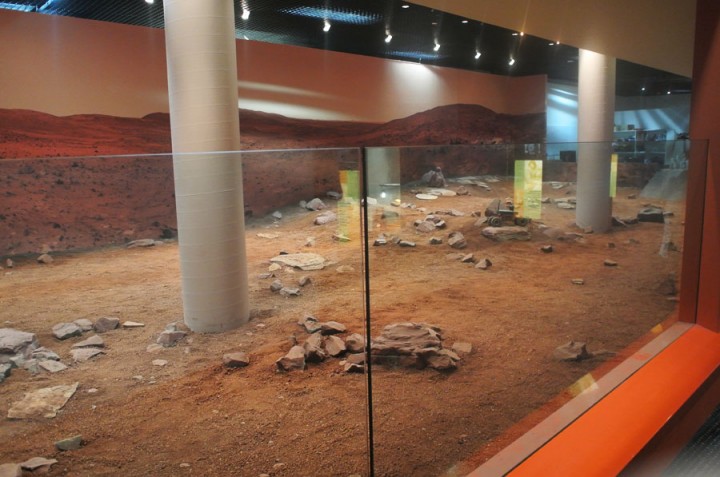 An area I seem to recall that held a virtual reality section has been replaced with a Mars Rover robot learning environment that no one operates, locked for everyone except the people who are allowed to use this cool looking area.

At one point, there was a cute little demonstration of a walking robot named Stumpy. Now, there’s a detached plug sitting on a conveyer belt and a button that doesn’t do much with the one robot still in the exhibit. 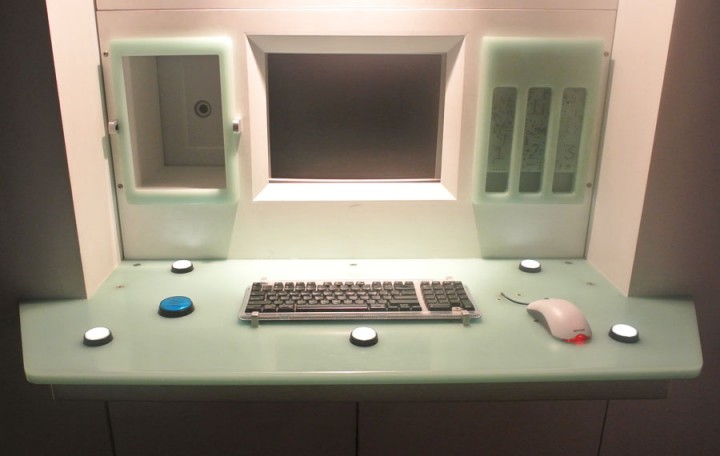 Powerhouse may want to make the exhibit more interactive and call it “Where’s Stumpy?”, forcing you to find Stumpy in the museum.

If it was just one section, I may be able to forgive the Powerhouse, but it’s not that simple. No, the state of the Powerhouse seems to be more of a disease that’s gradually affecting permanent exhibitions.

The lights, magnets, and interactions space near the computer exhibit? I used to love going there and playing with the magnets, the fireworks, and the plasma ball. Who doesn’t love a plasma ball?

Parts of the exhibit have been removed, the floor is falling apart, and overall it feels like it died but no one decided to tell the people running the joint.

One part of the exhibit even talks about how stress affects objects, pointing out “the stress is showing”. How right they are.

And the chocolate machine: what the hell happened? 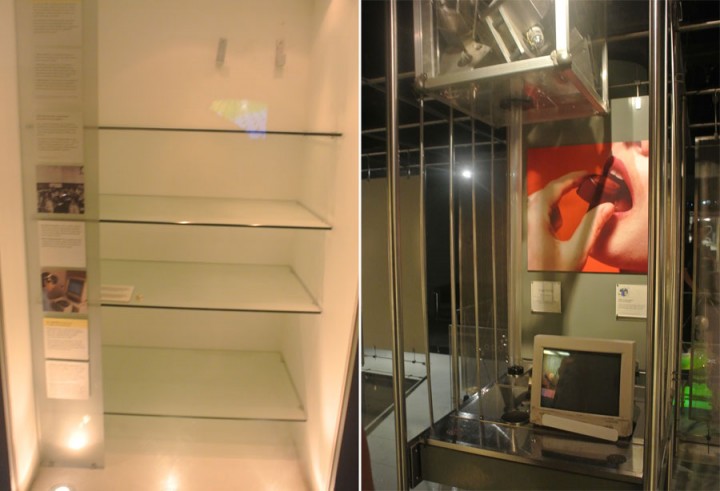 Sure, an interactive chocolate tasting machine (above, right) that actually offered free samples was probably an ambitious project to keep running, but if you’re going to turn the damn thing off, don’t leave it looking like it’s broken, gathering dust, and generally something you wouldn’t want to eat from.

At least the rail section hasn’t suffered ridiculously. In both the engine and train sections, the museum feels like it hasn’t changed for the worse.

The space section isn’t bad either, though video trips from NASA with audio from the journey should probably be turned up and not just stuck on mute altogether. Likewise, the movie inside the shuttle cockpit shouldn’t probably be frozen on one frame with souveniers missing from the shelves. 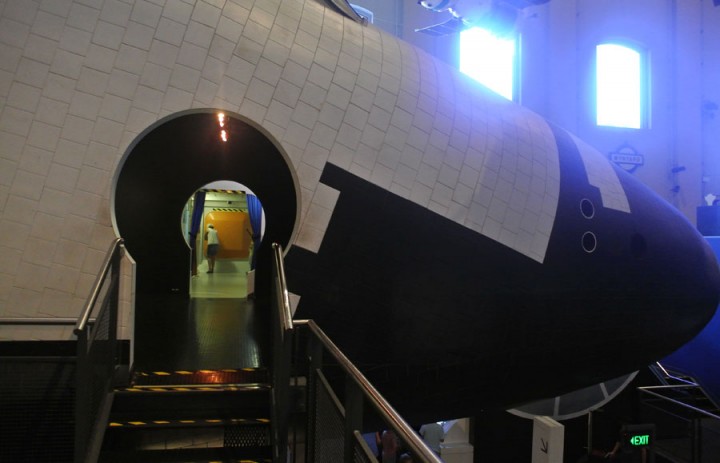 At least the inside of the shuttle has been kept in reasonable condition, and the zero gravity lab is a cute little psychological experiment for kids to simulate the absence of gravity.

While I doubt it’s permanent, the Love Lace section is filled with some beautiful pieces of lace-made art and apparel (below), but this is a new exhibit, and one that I doubt will be there for much longer.

Throughout other exhibits, there was more plastic wrap, more empty shelves, and more cursing from myself and my girlfriend about how shocking the museum had become.

The Powerhouse website does say something about the construction going on at the moment, calling it a “revitalisation project” that currently has made a new entrance with a cloak area, improved visitor circulation spaces, and a 1600 sqm gallery space for exhibitions. The website goes on to say that a new cafe will open soon, “an exciting new retail shop”, and later on a forecourt designed by “acclaimed Japanese architect Shigeru Ban”.

Powerhouse goes on to say that:

“During this time you may notice some construction in the Museum. We apologise for any inconvenience.”

Nowhere in the information does it say that exhibits will have parts missing, plastic thrown over sections, and generally feel like the museum is dying. 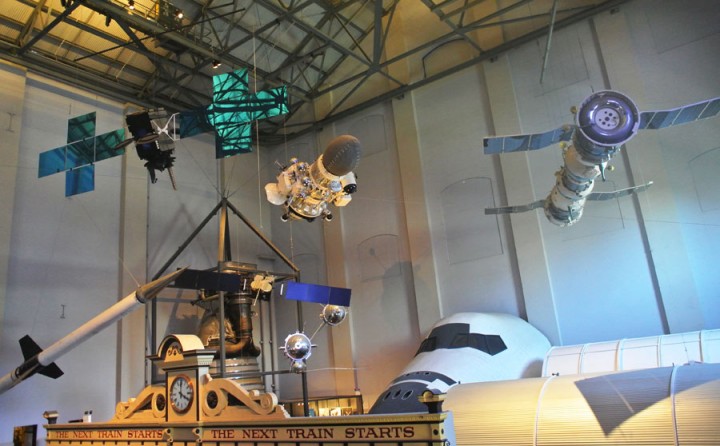 When I was younger, I remember leaving the Powerhouse filled with dreams of wanting to become a designer, an astronaut, and a scientist. Obviously, there’s no way I could do all of these things at once: I’m not Batman.