Literally, not figuratively: more WordPress themes for writers in 2016

It’s been a good couple of years or so since I summed up themes for writers, and since I’m still a writer, I think it’s time to do it again. If you’re a writer, a publisher, or just someone with an idea for an online magazine, these themes could help make your site look a little more like ink on page.

END_OF_DOCUMENT_TOKEN_TO_BE_REPLACED

Have you ever wanted to show what’s really going on in your head?

I have, and I often find it hard to explain to people.

While I’ve been called “irreverent” before, I suspect I’m better explained with words like “eccentric”, “random”, and “spontaneous”.

The theme I’m talking about here that I’ve *mostly* finished development on is called Spontaneous Box (I say mostly because there are still some bugs I need to iron out with search, menus, paragraph sizing and some other bits).

Spontaneous Box has been built over an original theme created by Justin Marcus and has been modified to accommodate the degree of randomness I’ve been wanting in my personal site.

First off there’s the basic design which still carries over from the original: three columns, all showing different types of information. 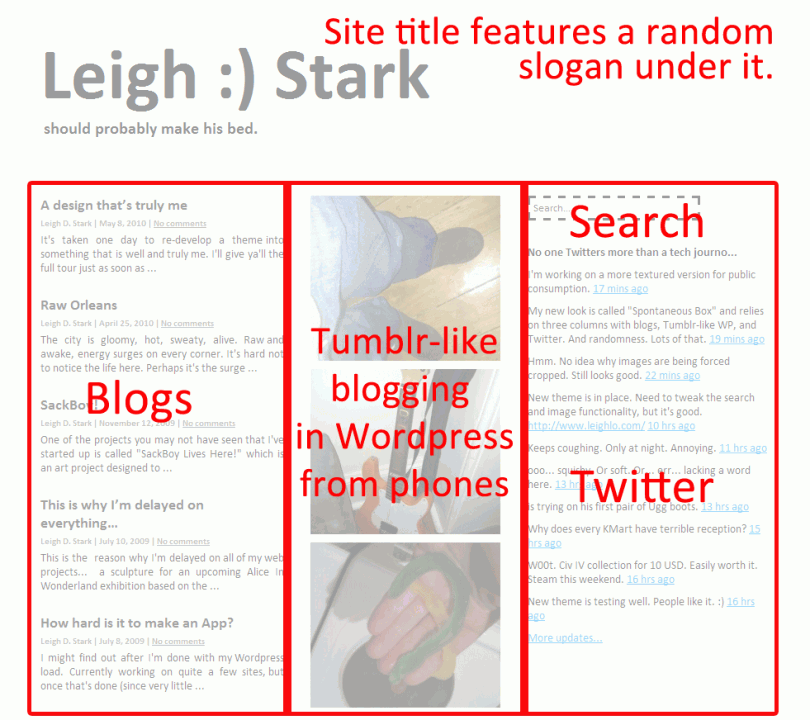 As you can see, the left most column features written bits. Words, phrases, sentences, and blogs. Anything that I want to communicate through writing is left on… well, the left.

The middle column features my idea for a Tumblr-style blog. That is, now I can post images to my blog from my phone (using a WordPress application) and provided they sit in a certain category, they’ll appear in the middle column. There’s no need to manually click a features section as the template just looks for the three newest image entries and sticks them here.

One of the things I’ve modified from the original design is the requirement of custom codes. Don’t get me wrong, I like custom codes, but the last thing I’m going to remember when I’m posting from my phone is to write “1small” or “2medium” when I’m posting an image. As such, the theme has been modified to include the use of the plugin “The Attached Image” which happily grabs a medium image and sticks it here. No codes needed. Simple.

Finally, the last column includes a search box and a Twitter feed.

I’ve missed what happens at the top of each page, however: the slogan.

You see one of the things people don’t get about me is just how random I am. It’s as if I need an editor for my brain before I speak. In fact, past girlfriends and editors have even said as much.

In my last site design (which was a modified version of Elegant Theme’s “Glow”), I attempted to include the random phrases by including images. Lately however, I’ve been turned on to the idea of making sites font-friendly. I’m in love with typography, and with the help of “Ozh’ Random Words” plugin, I can pull that off all around the page.

For instance, my site header has over fifty different things it can possibly say. They’re all the sort of things I would say as… I’m just like that. 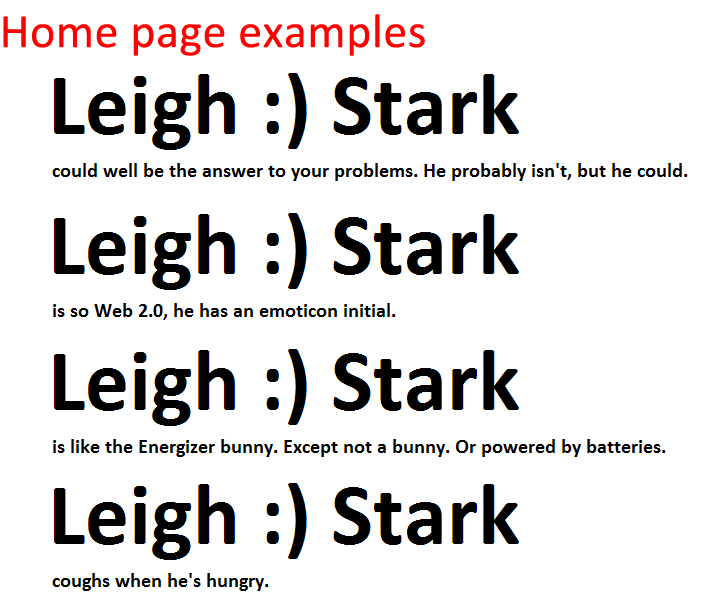 All you need to do is refresh the home page and it’ll take care of itself, refreshing a statement. Oh, and I’ll be updating the list from WordPress as time goes on because yes, I’m that random.

It’s not just the start page, however. The same sense of spontaneity is reflected over the various pages you may come across.

Outside of this randomness, the page is designed to be clean and simple with a fairly fresh and modern font “Calibri”.

That said, I’m now working on a slightly less clean version of this theme called “A Tease Dress” which will be made for public consumption.

Ok so after scabbing so many WordPress themes, I’m now going to try my hand at creating one of those nifty premium style themes.

It of course will be free, and probably poorly designed since I’m not a designer.

But here’s the first Photoshop piece of my first WordPress theme: “You Fool! You Crossed The Yellow Line!” 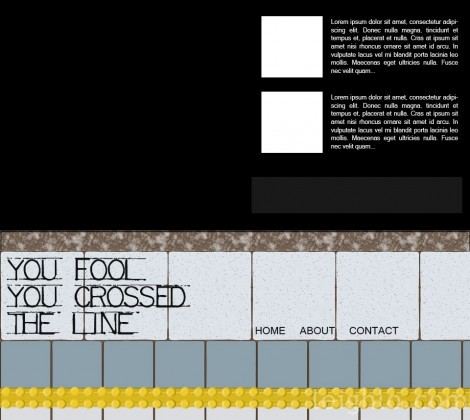 "You Fool! You Crossed The Yellow Line!" is technically the second CityRail theme I had planned... it's just the first to come out of my Photoshop session...

There’s already a box under the two articles there that could essentially be used for a 4-5 square Flickr plugin and I’ll probably add a gum artwork or dirty ticket above the menu. The main section at the bottom should always be there according to this design, similar to how MNML works.

Some comments would be nice though, since I’m not a designer and this is my first real design.

In case anyone is wondering, the design of the station platform comes from how it looks at Bondi Junction (seriously, look down when you’re there) and while I took photos for inspiration, all of the textures and panels have been generated in Photoshop.