How hard is it to make an App?

I might find out after I’m done with my WordPress load. Currently working on quite a few sites, but once that’s done (since very little is paid) I might see if I can revive my old magazine into an app… 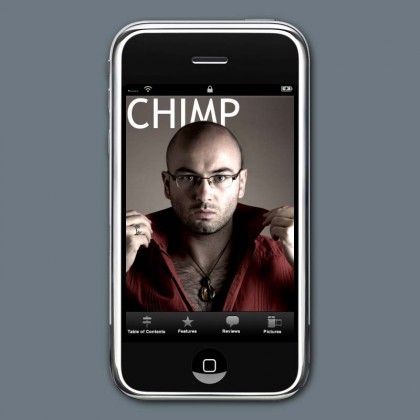 What do you think… how hard could it be? 🙂

Yet another iPhone bug / design issue / reason to hate it

With only a couple of weeks before Apple's last grace at MacWorld, I find it nice & coincidental that my first New Years with an iPhone I of course come across a bug that shits me to no end on the iPhone.

The following bug really does cement the idea that the iPhone is barely a phone. Already it has issues with making calls, ignoring calls, and generally being "a phone" but now, let's add something else to the SMS complaints list. I don't have a drafts box, no copy & paste, and not being able to forward pisses me off to no end, but one that popped up last night just seems remarkably silly for Apple to have missed it.

When sending a bulk SMS out (like one does at New Years to friends), if the iPhone receives an SMS in the midst of this bulk message transmit, the iPhone will stop transmitting the bulk SMS and ask you to unlock the phone to read the SMS. Doing this – from what I can tell – stops the transmission.

Now from here, you might just assume that you can go back into your mailbox and just pull up the message to resend it… but wait! It might not be there!

This was weird, actually. The message wasn't there for me and only appeared in my mailbox after syncing with my computer several hours later when I had woken up. I'd received several messages in the interim and each time, the message was still not there.

After syncing, however, the message had returned with an error message informing me that it had not sent out to all people (duh) and would I like to resend. I chose to cancel and interestingly, even though the message had sent itself to about half of the people on my list (I know because they'd either told me online or through an SMS), any trace of the message being sent out had disappeared from my SMS box.

Is this a bug? A design flaw?

Whatever it is, it's just plain irritating.

I've had these on my mind for a few days now… and with a few hours to go before Steve-day, I might as well share them.

Let's see how wrong I can be…

The new generation of iPhone will keep with the recessed headphone jack
Let's see… the current iPhone has a recessed jack and has forced several companies to adopt a longer prong for their headphone cables. If people are forced to use the crappy-ass Apple earbuds (and they really are irritating), then more people see the signature white earbuds everywhere and the Apple iPod mentality spreads…

If the headphone jack isn't recessed, Apple will announce a remote for the iPhone
The iPod already has one… so why not the iPhone. Seriously, that little button on my headset just isn't good enough. Suppose I want to change tracks? I have to pull the iPhone out, unlock it, and hit the track I want. And a remote would give me the headphone of my choice with the mic built into the remote! How easy would that be!

That's it. I'm sure there'll be things like A2DP and A-GPS and 3G… but I just want the damned thing to come out here so I can buy screen protectors and a new headset for mine.

One not made out of Apple's earbuds. They suck.

I dropped my iPhone tonight.

While the excess sugar was coursing through my veins and I received a buzz into my iPhone alerting me of a new message, little did I know that fate that would connect my iPhone with the hard smooth-brick ground that was the pavement in Sydney's CBD.

Yes, I dropped my iPhone tonight. My heart stopped as the Apple iPhone disappeared from my fingers, the slippery coating shifting itself from my grasp and landing on the floor beneath me.

And let me just say this…

It is one durable fucker.

Go see for yourself.

Two minor scratches on the corners and a bit of wearing on the tint on the camera which I rarely use.

I have to tell someone so it may as well be you – my blog – and anyone else in earshot.

A part of me is still concerned it won't work. A part of my wishes I had left the rubber grip on which barely worked in my pocket. A part of me wants to jump off of a cliff. But I'm more or less dousing that part of me in mental kerosene and threatening it with a mental match.

Here's how fine the iPhone is.

Seriously. The Apple iPhone is one durable fucker.

After an excruciating process of thought that will probably end up with every member of the Stark family with an iPhone except my Mum, I told my Dad to go and get me one.

Currently, an iPhone is available the ridiculous price of around 700 bucks for the 8gb version, while the translation of 399 equals roughly 420-odd dollars with the current exchange rate.

I would normally say that I should wait for the 3G version. In fact, I'm not even sure if I'll like the iPhone to be honest. But it's the problem of having a Dad with one and having a brother with one… and being a gadget guy… I'll probably just go completely nuts not having one.

Plus the 3G one has its own share of issues.

One, it'll probably cost a bundle over here. Like everything else, actually.

Two, I don't actually use 3G. I use prepaid which currently sits me on the 2.5G network of GSM. I don't care about 3G. I don't want to make video calls or watch interactive TV. I couldn't give a shit about seeing the latest in interactive horoscopes and shudder to think that I would ever be someone who needs 3G. I use a phone to occasionally make phone calls, often receive phone calls, send a lot of messages, and occasionally listen to music… which brings me to point three…

Three, I don't have an iPod, an mp3 player, or any music device. I have previously considered buying an iPod Nano 8GB which costs 249 AU. I like the Nano and its size… but I don't think I'd use it as much and the size of the screen looks like it might bug me, though I do like the scroll wheel. And yet if I'm going to get an iPod Nano, why bother over details and worry about paying an extra 180 or so to get a good phone with it.

My current phone is the Nokia 6110 Navigator that I got for free from the job. While I reviewed it well, I don't use the GPS because I don't drive. And even if I did, I'd be lucky for it to work. Less than a year on, good luck getting the GPS in a phone to work in a timely fashion (timely being some time in the hour you turned it on).

My 6110 has issues. The battery is only good for around 3 hours of talk time and lately needs to be charged every day or two. I'm lucky if the phone doesn't need a restart once a day because of drop-outs. And the music software is so, so evil.

So while I'd normally air on the side of caution and wait for the 3G version, worst case scenario is if I ever need to upgrade my phone, I'll just sell this one.

And I never need to upgrade my phone.